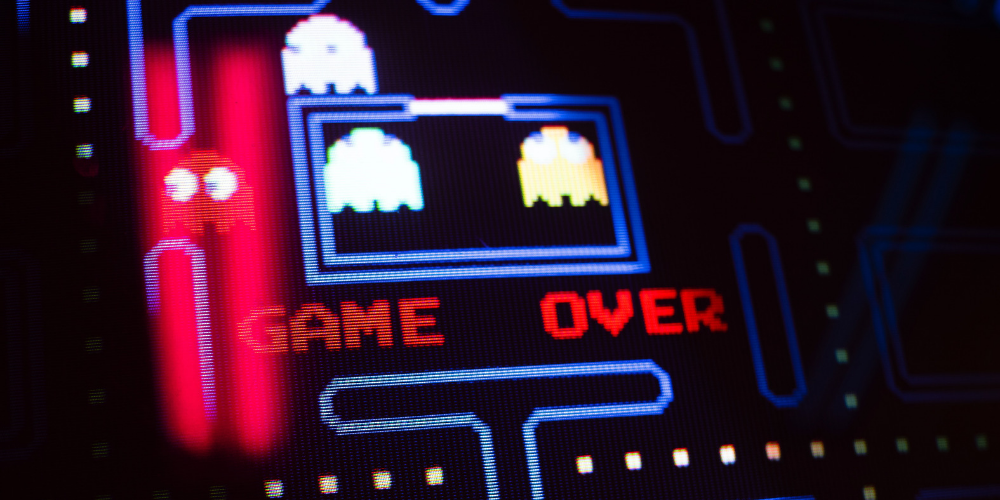 Pacman: The Story Behind the Legend

The world saw Pac-Man for the first time in 1980. The Japanese arcade game developer Namco Limited with talented designer Iwatani Tohru decided to create a title that wasn’t violent at all and would be appealing to both men and women. Let’s take a closer look at how they did it.

Most arcade games of the 80s were about shooting aliens and commandos, while Pac-Man was mainly inspired by eating. In the Japanese language, the slang expression paku paku means opening and closing your mouth repetitively. This slang gave Pac-Man its name. As for the appearance of the yellow character, it was inspired by a pizza with one slice cut out. This pizza mouth eats colored dots scattered around mazes that change from level to level. To bring the challenge to the game, developers decided to add colored ghosts that chase Pac-Man all around the level, trying to eat it. You could reverse the predator and prey roles for a short time only by eating a special pill that appeared in the maze once in a while.

Despite its simplicity and non-violent content, Pac-Man became a worldwide sensation in a very short time. Over 100,000 arcade machines were sold in the US alone, which makes this game one of the most successful arcades of all time. The game managed to influence the entire gaming industry and gathered an army of fans who were struggling to predict the routes of the ghosts and win all the levels. Surprisingly, the final level with 3,333,360 points was first completed only in 1999 by a gamer from Florida.

The game was so popular in the 80s and 90s that the developer and its partners created loads of merchandise, TV cartoons, songs, and, of course, playable versions of the game for every gaming platform on the planet.

The Pac-Man brand, as well as the original arcade game, are still alive today! You can download the free original Pac-Man as well as countless custom versions of the game for your PC and smartphone and try to complete all the levels without being eaten by the ghosts! We are excited to hear your review of the game from the modern gamer perspective, by the way. Is it still exciting and challenging for you today? Let’s chat about it in the comments, and don’t forget to share this story with friends.

Dr. Applelove, or How I Learned to Stop Worrying and Love the iOS Switching from Android to iOS seems hard to many users. It means reinstalling apps, renewing subscriptions if any, and changing a lot of habits. If... Continue Reading Dangerous Apps! How to Protect Your Phone? The shady market of malicious Android apps has grown bigger than ever, with thousands of apps that can compromise your data even if you download... Continue Reading