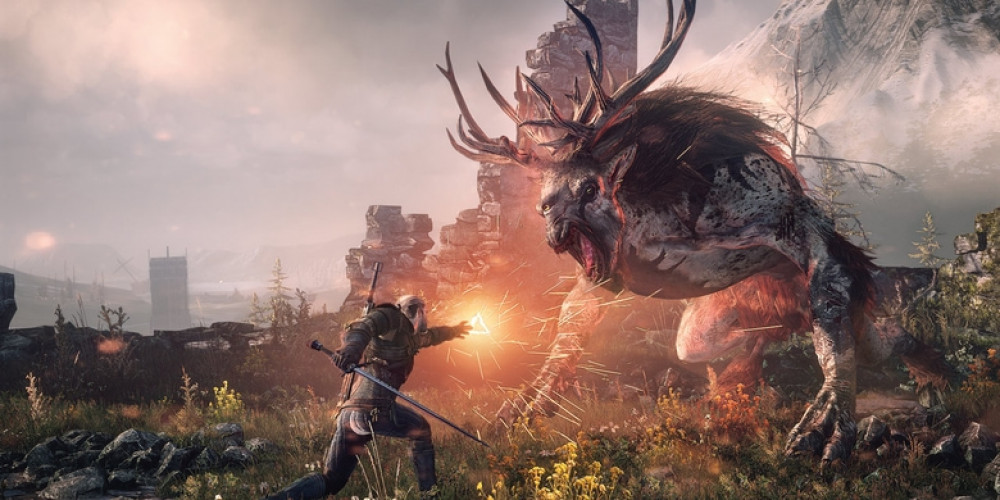 The Witcher 3: All Monsters Ranked

The Witcher 3 is one of the most diverse games when it comes to open-world wildlife. Playing the game, you will meet various types of monsters and animals. Both categories can be very dangerous, so you’d better know what they look like to run away in time.

The roster of monsters includes several types of ghouls, vampires, werewolves, and many others. While these creatures don’t usually walk around for no reason, common animals may come on your way at any moment. These include wolves, rabid dogs, and huge hungry bears. Let’s take a closer look at each of them.

Unfortunately, there’s no way to tame dogs in this game, except for a couple of side quests. These animals are rather massive and fast, so clearing your way may take a while. If you meet a single one, it’s not a problem at all. However, they usually hold close to the pack of 4-8 other dogs. If the pack notices you, the best solution will be to saddle Roach and retire from the place.

On the other hand, you can kill dogs with Geralt’s steel sword. The fastest way to deal with several animals is to shoot the Aard spell and eliminate them one by one. If you’ve already unlocked Igni, you can ignite the entire pack and wait a few seconds until it burns. There’s also a Beast Oil potion for the sword that boosts damage dramatically. Don’t forget to collect loot from dead animals. They always include raw meat and tallow that is a common ingredient for potions. 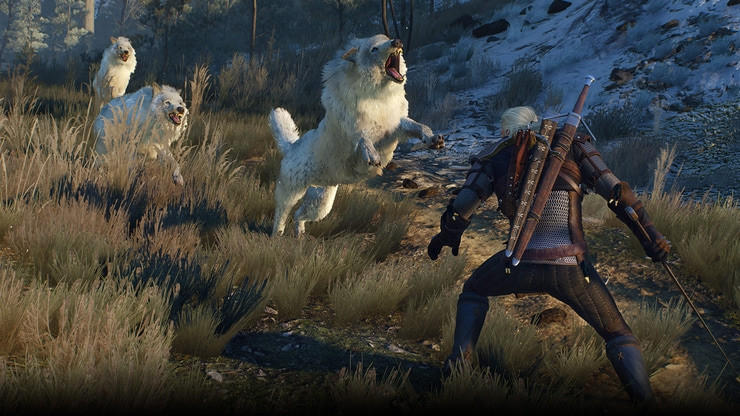 Wolves are nearly as common as dogs, but they are much more organized species. You can meet them in any climate zone of the Continent. Ordinary brown wolves live on low grounds, such as forests and swamps, while the white ones usually live closer to snowy areas. Wolves are also allies with werewolves, which means that you can get into real trouble if you meet such a gang. Some beasts can also summon wolves for additional attack power.

All fighting methods that work for dogs are effective against wolves too. However, we recommend you to combine the Beast Oil with spells for better results. Wolves can deal a lot of damage, so a shield spell will work well too. When the work is done, loot corpses for tallow, meat, and liver.

These mighty animals were added to the game with the Hearts of Stone DLC. It’s nearly impossible to meet them near the road as they hide in dense forests of Redania’s Velen, Novigrad, Toussaint, and Gustfields. For the majority of the time, boars graze alone, but sometimes they get together, turning into a big hazard.

Wild boars run even faster than wolves and recharge attacks in seconds. Combine the Beast Oil for the steel witcher sword and signs Igni of Yrden. Boar’s skin is very thick, so you have to hit it multiple times to kill the beast. The corpses of boars always carry raw meat, pelt, and sharp tusks. 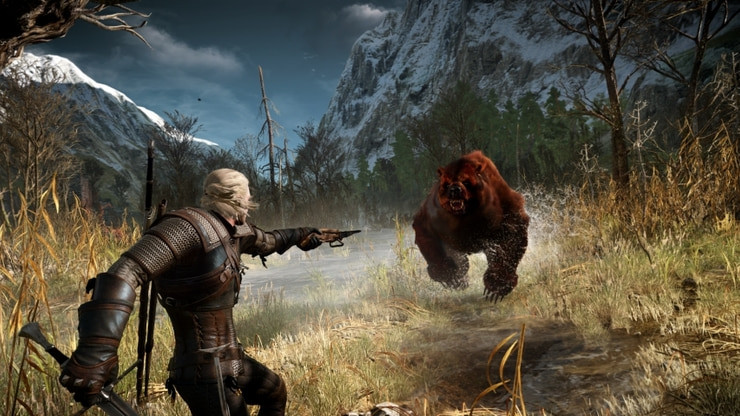 Bears are quite rare and usually live in dense forests, but if you meet one, be very careful. The most common locations for bears are the places of power. Don’t underestimate the power of their large paws and try to keep the distance. Geralt can’t fend off bear’s hits, so it’s better to stick to the good old hit-and-run strategy. It will help you to avoid knock-offs and save Geralt’s health bar full.

Bears are weak to Bear Oil, fire, and the Quen sign. Low-level Aard is inactive against them because of the beast’s high mass. Most commonly, bears carry hide, fat, and meat. If you get an order to kill a legendary bear, it will give you a valuable item or open access to a treasure chest.

These large black cats are deadly hunters that live around Toussaint. However, it’s impossible to meet them if you don’t have the Blood and Wine expansion pack. Panthers are featured as enemies in several quests that you can find in Toussaint.

Killing a panther requires you to have Beast Oil because signs are useless against these agile creatures. They also have a unique attack type. It starts with a retreat to fool you, and then a powerful surprise attack from the other side. Try to hit the animal as many times as possible when it comes close and roll away from its attacks to save HP and get an effective position on the side. You can loot dead panthers for raw meat, fur scrap, and high-quality leather. It can be used for crafting new accessories, bags, and better armor, so ask for blueprints in the nearest store.

Three Little Pigs is another threat of the Blood and Wine DLC. Together with the Beast of Beauclair, they form the most dangerous coalition in the entire Blood and Wine DLC. It’s impossible to meet them in various locations like dogs and wolves, as they’re featured as bosses in two of the major quests.

Three Little Pigs live in the Fablesprehe, which is a magical illusion that hides their beast essences. These formerly cute characters have turned into disgusting monsters that remind wild boars. The effective combat style is also similar to fighting boars. Nevertheless, you have to be ready to parry their powerful attacks that may take off a lot of HP. Take along a Beast Oil and another set of potions to boost the power of signs.

1. The Beast of Beauclair 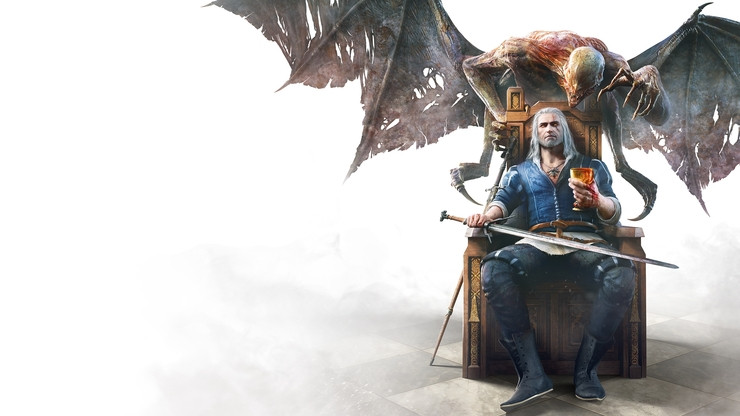 The Beast of Beauclair is a monster that transformed from a serial killer Dettlaff van der Eretein. The cursed murdered became a tough boss creature with several strong long arms and sharp bony claws. It’s perhaps the toughest enemy in the entire game, and you can unlock it in the Blood and Wine DLC.

Unlike other beasts on the list, it’s sustainable to the Beast Oil. To deal more damage to it, you have to find or craft a vampire old potion or find the rare black blood. Although the beast has no analogs in the game, it relates to the family of Higher Vampires that usually look like human beings. The Beast of Beauclair is the fiercest vampire entity.

Now that you know the traits of these beasts, you can fight them with minimal loss of health and resources. Have you already met some of the stronger beasts in the game? How did you kill them? Join the discussion in the comments and invite your friends!

WhatsApp Dropping Old Phone Support By The End of 2020 This December, WhatsApp, the most popular messenger in the world, will lose some part of its popularity. The service will stop working on millions of... Continue Reading Warcraft 3 Reforged Official System Requirements Revealed Blizzard Entertainment has finally disclosed system requirements of the PC remake of Warcraft 3. Warcraft 3: Reforged combines the original Reign of Chaos storyline with... Continue Reading